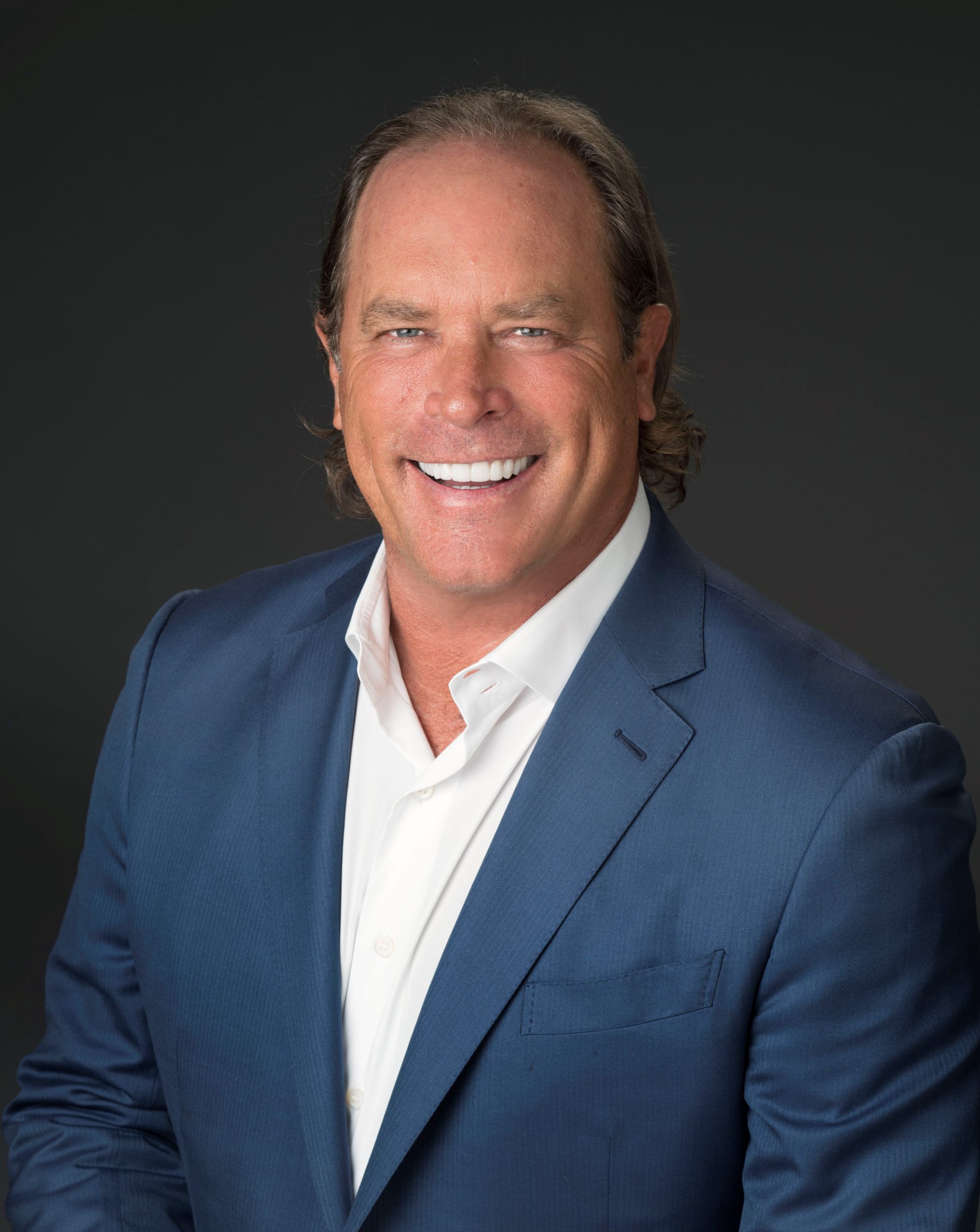 Prior to joining VREG, Mosko spent 24 years at Sony Pictures Entertainment, 16 of those running global television, where he rebuilt the business from obscurity into one of the world’s leading producers of content and distribution.

Mosko is credited with a visionary and decisive leadership style and the mentoring of a strong team of executives, combined with an understanding of how to engage and support creative talent. He and his team were early to embrace multiple genres of content and emerging platforms, including a rapidly growing cable industry and the advent of streaming services in today’s digital age.

Under his watch, shows such as “Breaking Bad,” “Better Call Saul,” “Damages,” “The Shield,” and “Rescue Me” were developed and produced for cable; while “The Crown,” “Bloodline,” and “Comedians in Cars Getting Coffee” found audiences on major streaming platforms. Mosko and his team also produced a myriad of shows for network television and syndication including “The Blacklist,” “The Goldbergs,” and “Shark Tank;” and the syndicated juggernauts “Wheel of Fortune” and “Jeopardy,” along with “Dr. Oz.”

Mosko graduated from the University of Delaware with a Bachelor of Arts degree in communications. In 1995, his alma mater recognized his accomplishments with their Presidential Achievement Award, and this past May he received an honorary Doctorate from the college. In 2011, Mosko was awarded an honorary doctorate by Chapman University. An active supporter of emerging talent and education, Mosko currently serves as a member of the Board of Trustees of Loyola Marymount University.

VRP has released 100+ Hollywood films (91 in partnership with Warner Bros.) since 1998 with Global Box Office receipts to date in excess of US$18 billion. 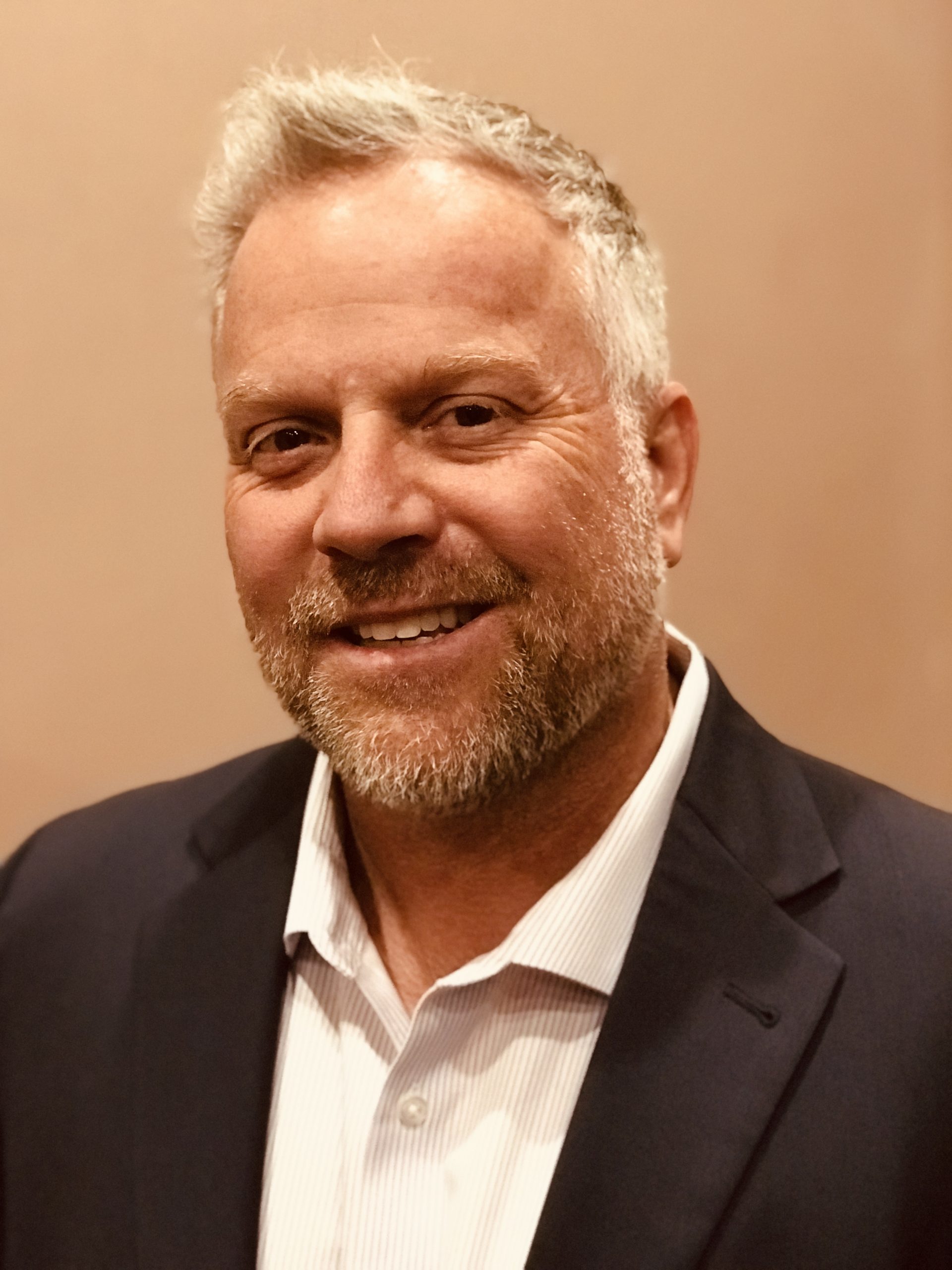 Before joining Village Roadshow in 2019, the prior 5 years for Santor were spent at MRC (Media Rights Capital) as their Chief Financial Officer during a period of significant growth in both film and television production and financing. Louis was involved in negotiating and structuring deals with distribution partners across various platforms (streaming, premium cable, and theatrical features), and for production specific needs on a project to project basis. He acted as MRC’s point person with the financial community, was responsible for ensuring access to capital during a high growth period, and oversaw all finance, accounting, and tax aspects of the company. Significant film and TV titles for MRC during this period were Ted 2, Baby Driver, The Dark Tower, Mortal Engines, House of Cards, Ozark, and Counterpart.

Santor received his Bachelor of Science degree in Accounting from California State University, Northridge. He received his initial training in public accounting at PricewaterhouseCoopers in the audit and consulting arenas.  He began his career in the entertainment industry when he subsequently joined New Regency Productions, having a long tenure with the company as the Chief Operating Officer and Chief Financial Officer.  Spending nearly two decades working in a high growth and dynamic global production and financing environment, Louis handled all aspects of corporate finance, planning, accounting, production, and distribution through Warner Bros. and Fox. He also oversaw direct sales and distribution for international TV and was the key liaison to all areas of New Regency’s studio partners and global investors. New Regency’s best known film and TV titles at the time include JFK, LA Confidential, Heat, Mr. and Mrs. Smith, Malcolm in the Middle, and The Bernie Mac Show.

Louis is a native of the Los Angeles area and was the Founding President of Simi Valley Lacrosse. He is a former Board Member for the Southern California Lacrosse Association and is an ongoing advisor to Free2Luv, a non-profit youth empowerment organization standing up to bullying through community outreach and empowerment events. Louis and his wife Joanna have three young adult children and are enjoying this new period in their lives.

ALIX JAFFE is Executive Vice President, Television of Village Roadshow Entertainment Group. Alix is overseeing VREG’s independent television business focused on scripted content.
Prior to joining VREG, Jaffe served as President of Greg Garcia’s production company, Amigos de Garcia. She was an Executive Producer on TBS’s “The Guest Book” and was a Producer on CBS’s “The Millers,” both created by Garcia.
Jaffe previously worked in CBS’s current department and was named VP of Current Programs for CBS in June 2004, overseeing many primetime series including “Blue Bloods,” “How I Met Your Mother,” and “Rules of Engagement.” She also oversaw the late-night show “The Late Late Show with Craig Ferguson.” Before that, Jaffe had been Director, CBS Marketing while based in New York, and relocated to Los Angeles in 2001. 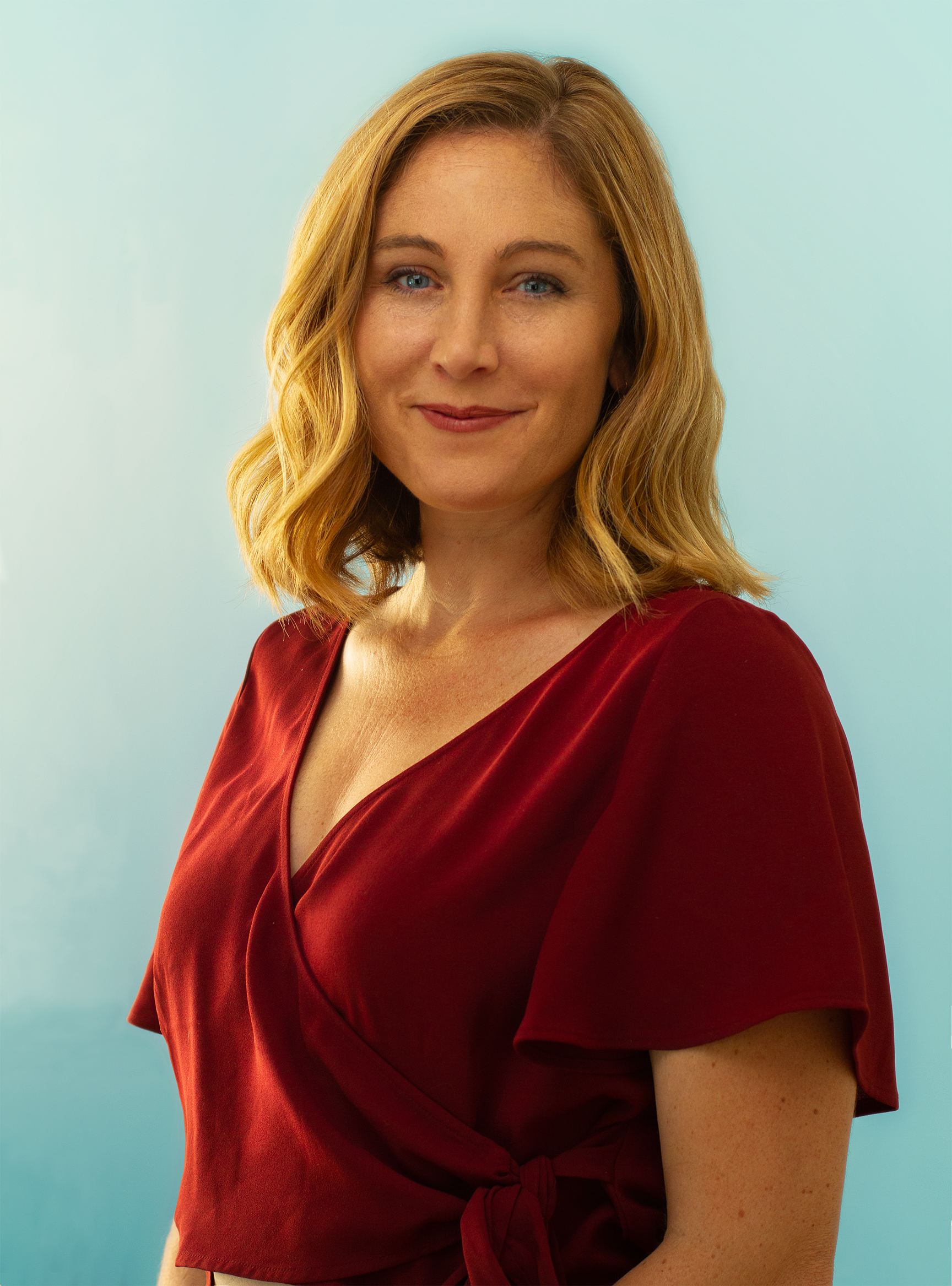 Moving on to Shed Media, Shannon Line Produced several series including, Bravo’s “Thintervention” and “It’s a Brad, Brad World”, Animal Planet’s, “It’s Me or the Dog”, and Lifetime’s “7 Days of Sex”.

Most recently, Shannon served as the Executive Director of Production at Embassy Row for 6 years. In her role, Shannon oversaw all West Coast Production from concept through delivery. Shannon’s projects at Embassy Row include but are not limited to; Food Network’s “Cutthroat Kitchen”, Discovery Channel’s “Shark After Dark”, “OWN Tonight” for OWN, “The Fix” for Netflix, “Take Part Live” on Pivot, “Street Art Throwdown” for Oxygen, “The Grace Helbig Show” for E!, “Adam Carolla Builds Stuff Live” for Spike and “Unapologetic with Aisha Tyler” for AMC. 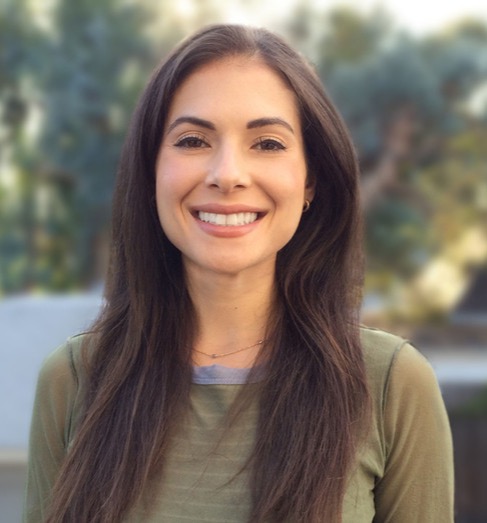 JILLIAN APFELBAUM serves as Executive Vice President of Feature Film at Village Roadshow Pictures where she focuses on identifying and developing feature film projects with an additional focus on content development for television and related platforms.

Apfelbaum joined Village Roadshow Pictures from Imperative Entertainment where she served as Head of Film and was responsible for identifying, developing and acquiring underlying material as well as overseeing creative and physical production staff while managing a slate of more than 40 film and television projects. Projects include co-producing THE MULE; an on-set producer of LATE NIGHT, starring Emma Thompson and written by Mindy Kaling; documentary OUT OF OMAHA, directed by GLEASON’s Clay Tweel; as well as KILLERS OF THE FLOWER MOON based on the NY Times Best-Selling book by David Grann; and TANGERINE based on the book by Christine Mangan.

Prior to joining Imperative, Apfelbaum ran New York-based production company Ars Nova, where she worked with emerging playwrights and acquired, developed, and produced a variety of comedy projects. She also served as executive producer on “Freestyle Love Supreme,” an improvised hip-hop series for Pivot starring Hamilton’s Lin-Manuel Miranda and directed by Thomas Kail. Apfelbaum is a graduate of Columbia University. 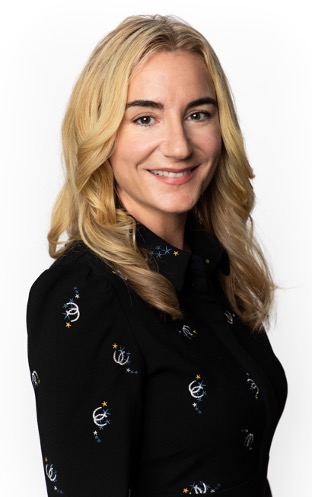 TRISTEN TUCKFIELD serves as Executive Vice President of Feature Film at Village Roadshow Pictures where she focuses on identifying and developing feature film projects with an additional focus on content development for television and related platforms.

Tuckfield joined VRP in spring 2020 from 30West, where she previously held the title of Executive Vice President. During her tenure, Tuckfield was responsible for financing, packaging, and distribution of both scripted and unscripted films and television properties including the co-acquisition of I, TONYA with NEON, the sales strategy for LATE NIGHT which sold to Amazon, and the packaging and sales of last spring’s hit show “Tiger King” to Netflix. She was previously an agent in CAA’s Media Finance division where she oversaw the sales of more than 100 films including BROOKLYN, THE LOBSTER, and THE FLORIDA PROJECT. She also served as Vice President of Acquisitions for Millennium Entertainment and Director of Acquisitions and Development for Samuel Goldwyn Films. 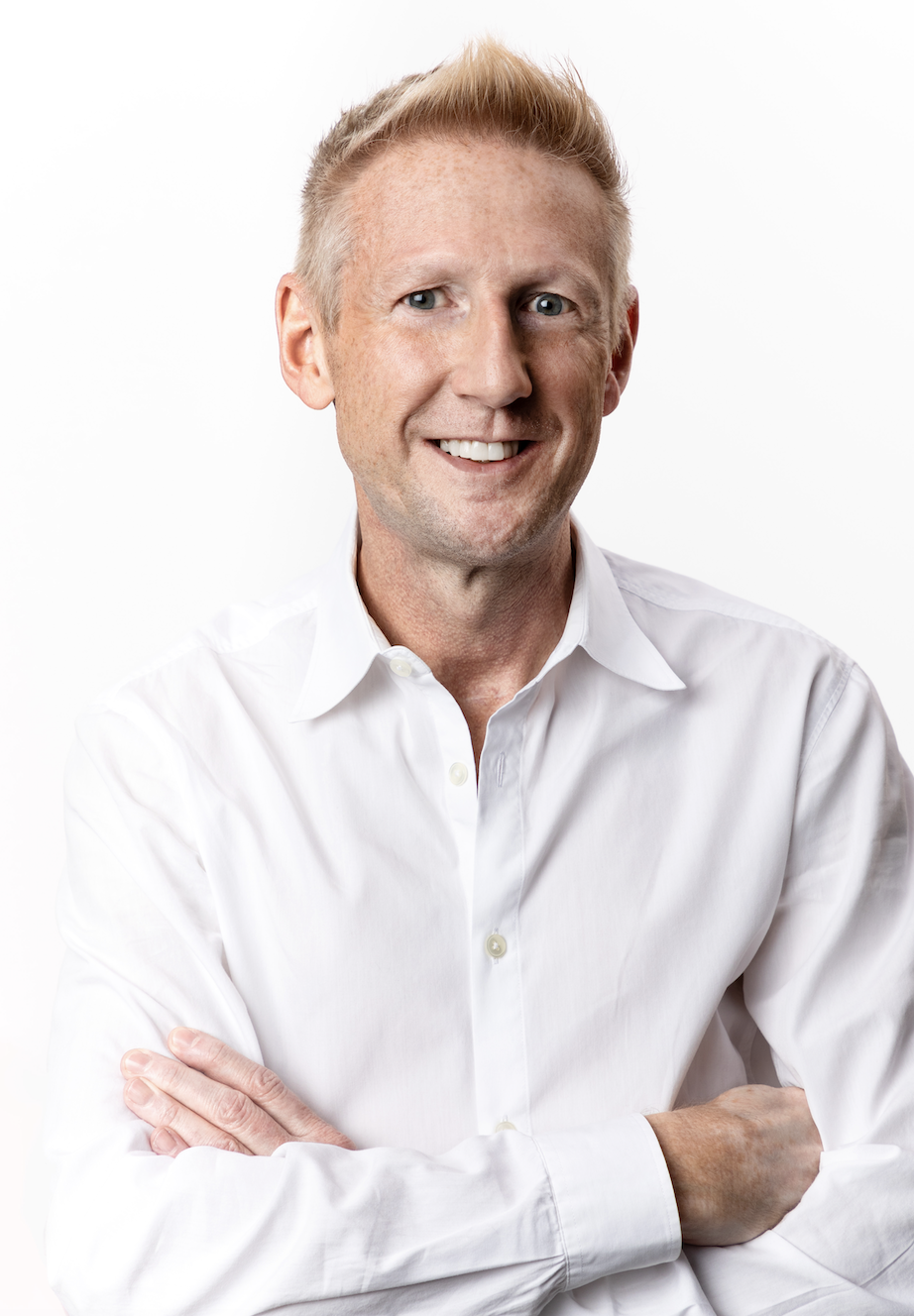 An employee of VREG since 1998, Kevin Berg has served as the Company’s General Counsel since 2013. In 2021, Berg was appointed the Director, Creative Diversity and Inclusion in addition to his role as General Counsel. In his expanded role, Berg facilitates inclusion and diversity across the development of VREG’s film and television slate to honor the Company’s commitment to content that both reflects and appeals to a global audience including the LGBTQ+ community.

Before joining Village Roadshow, Berg served as a legal consultant for the American Film Marketing Association and a paralegal at the firm Paul, Hastings, Janofsky & Walker. He is a graduate of Pepperdine University School of Law and the University of Southern California, where he earned a B.A. in Broadcast Journalism and wrote for the school’s newspaper, The Daily Trojan.